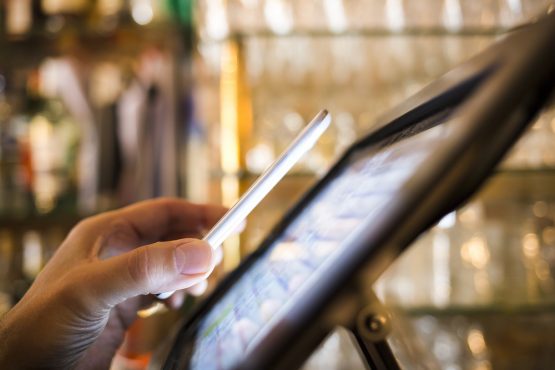 In 2020, amid a global pandemic, fintech funding on the African continent, including mergers and acquisitions, grew by 35% to $1 billion, according to a study released by tech accelerator Catalyst Fund and data research company Briter Bridges.

The most prominent deals, receiving a lot of media attention, were the $200 million paid by Stripe to acquire Nigerian start-up Paystack and the $170 million raised by Flutterwave.

However, an earlier report by international investment bank FT Partners shows that Africa’s share of fintech financing volumes and values for the whole of 2020 accounted for less than 1% of the total.

“The reason for the lower share could be ascribed to some perceptual barriers. There are also some rails, or preconditions, that determine adoption of fintech on the continent. Smartphone penetration, for example, has not nearly peaked yet in Africa,” he says.

Van der Hoven firmly believes that the opportunity for fintech development in Africa is immense, with many pain points and hurdles to financial inclusion that offer technology companies a chance to provide innovative solutions.

He says traditional banks can play a role in opening the market for the inclusion of fintech solutions by starting to see themselves as partners, instead of the incumbent and threatened competition.

“Most incumbent banks are sceptical of fintech. However, this view is myopic and especially damaging, not only to the banks but also to Africa’s growth.

“As large financial institutions on the continent, banks need to be open to the fact that we will not be able to solve all customer problems. In addition, a thriving financial ecosystem can far better serve the needs of all Africans than a staid and incremental mindset,” he says.

“Our ultimate purpose at Standard Bank is that Africa is our home, and we drive her growth. We care about this growth which enables all Africans. This is why our stance towards fintech development has been more of a partnership than a competitor,” he says.

The bank has in the past directly approached identified fintech companies for a partnership where the developers were solving a key pain point that its customers were also facing.

In the future, says Van der Hoven, Standard Bank will increasingly open its own platforms to third-party financial service providers and developers to offer solutions to customers, within the guardrails and safety of the bank’s proprietary security mechanisms. “There are thousands of solutions out there that we will miss if we have to sift through applications one by one,” he says.

This approach is gaining momentum in the market, with mobile money pioneer M-Pesa launching its long-awaited super app last month and Vodacom again confirming that its financial services super app will have a soft launch in the second quarter of the company’s financial year.

The first is within the mobile money space, where Africa was ground zero for the development of first-in-class solutions.

“We still see opportunities for de-cashing or reducing cash usage in Africa, so the payments space will remain dynamic,” he says.

The second are the opportunities found in the ecosystem around small businesses, or more specifically, vendors or micro-enterprises.

“These vendors have many problems to be solved – from receiving the cash, to understanding who their customers are, to payments. There is quite a rush, even a scramble, from service providers to get to the frontline and point of sale of these enterprises,” he says.

One reason for this is because the data that can be collected at that interface leads to market leadership in the third trend – new lending models and credit provision.

“There are limited credit bureaus or publicly available information to make lending decisions on the continent. Fintech companies that can find methods of doing that, using existing data points, are capitalising on a huge opportunity,” says Van der Hoven.

“If you are at the small business owner’s point of sale, you can learn about their regular cash flows, and along with some other indicators, this can be used to build new credit models that will be very important for the continent going forward.”

Over time, Van der Hoven also believes the ‘Buy now pay later’ (BNPL) solutions that are emerging in more developed markets will filter through into Africa as e-commerce adoption and use picks up speed.

In South Africa, for example, Payflex’s option for interest-free instalments is already quite visible as a payment option on existing e-commerce platforms.

With regard to the smartphone penetration barrier, Van der Hoven notes that the rise in smart feature phones powered by players such as KaiOS will accelerate the possibilities for fintech adoption and innovation on the continent.

“If you can buy a smart feature phone for less than $10, eventually wide-spread inclusion becomes a possibility,” he says.

Brought to you by Standard Bank.